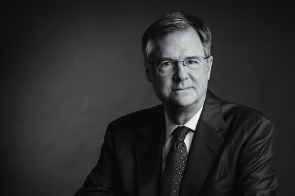 As a co-founder of MPT, R. Steven Hamner has helped the company become the leading source of real estate capital for hospitals. Assets now exceed $22 billion in value, including more than 400 hospital properties across the U.S., Western Europe, South America and Australia.

Hamner has served as executive vice president and chief financial officer since September 2003, and he was elected director shortly before the company’s 2005 IPO (NYSE: MPW).

From October 2001 through March 2004, Hamner was the managing director of Transaction Analysis LLC, a company that provided interim and project-oriented accounting and consulting services to commercial real estate owners and their advisors. From June 1998 to September 2001, he was vice president and chief financial officer of United Investors Realty Trust, a publicly traded REIT. For the 10 years prior to becoming an officer of United Investors Realty Trust, he was employed by predecessors to the global accounting and consulting firm known today as EY, where he was a certified public accountant.

Hamner and his wife, Glenda, have three grown children.