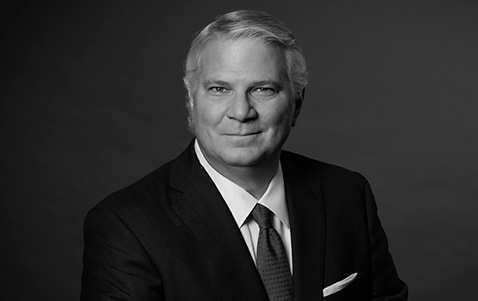 Edward K. Aldag, Jr., launched Medical Properties Trust, Inc., (NYSE: MPW) in 2003 as the only healthcare company of its kind. Today, MPT is the world’s preeminent source of capital for hospitals, with a portfolio of more than 400 facilities across the United States, Western Europe, South America and Australia.

Under Aldag’s leadership, MPT’s assets have grown to more than $22 billion, and the company now owns approximately 46,000 hospital beds.

Aldag serves on the board of directors for Children’s of Alabama, one of the nation’s leading hospitals for children, and as a director and member of the investment committee of the Alabama Children’s Hospital Foundation. He also serves as a board member of Mitchell’s Place, the Birmingham Education Foundation and the American Sports Medicine Institute, and as an executive committee member of the Birmingham Business Alliance. He also is a guest lecturer at the University of Alabama and the University of Alabama at Birmingham (UAB).

A member of the World Presidents Organization, Aldag was named CEO of the Year among mid-sized companies by the Birmingham Business Journal (BBJ) and received the Groundbreakers Award from Birmingham Magazine in 2013. For the past four years, the BBJ has cited him as one of “Birmingham’s Most Influential Executives.”

A native of Eufaula, Alabama, Aldag graduated from the University of Alabama, where he majored in finance and met his wife Melinda. They have three grown children and three grandchildren and a son and daughter in law, all who live in Birmingham.